Miscommunications and ESC A19 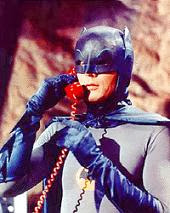 Today's Telegraph has an interesting article about the problems that can be caused when there are communication failures (both ways) between a taxpayer and HMRC.

The article is reproduced in full below, but in essence it relates to a change in taxpayer circumstances which seems to have not been effectively communicated to HMRC, which in turn did not communicate the related increase in tax due in a timely/effective manner.

HMRC then withdrew the tax demand, once the Telegraph became involved, on the basis of ESC A19.

Here is the article in full:


"I started to work as an occupational health nurse in 2009 with the police on a short-term rolling contract finishing in late 2010. I started receiving my state pension in 2011.

I then again resumed working with the same body in March 2011. Because I was employed by an agency my wages were paid to them and transferred to an accountant who deducted taxes and expenses.

I was asked by the agency, when I went to work for them again, if my circumstances had changed. I informed them that I was now drawing a state pension.

Two months after I finished work HMRC informed me that I had been receiving state pension and had not been taxed on it. Now, looking at my records, they said I owed for 2011-12 as well as later. I asked them why they hadn’t informed me before and they said they were short staffed and hadn’t got around to it and anyway it was my responsibility.

I was quite shocked as I had been paying accountants to deal with my tax affairs.

Phoning up my accountants they said they had not received any new tax information about me from HMRC so how could they have increased the tax.

This came at a particularly difficult time as you had had to retire to look after your elderly mother who is housebound and in need of constant attention. Yet you now had to find some £3,000. You felt this was very unjust.

I spoke to HMRC and it agreed to withdraw the tax claim against you. You say HMRC has now acknowledged to you that it had on many occasions failed to inform you of the correct new tax code.
Presumably the change in the claiming of your pension had simply not been registered.

It seems you have not provided permission to HMRC to give me the full details of the whys and wherefores of this but I do understand that you have demanding caring duties.

You say this resolution comes as a huge relief.

For information about exceptional circumstances where a tax demand may be cancelled, see hmrc.gov.uk/dealingwith/esc.htm. Otherwise speak to Citizens Advice or call the tax office."

HMRC Is Shite (www.hmrcisshite.com), also available via the domain www.hmrconline.com, is brought to you by www.kenfrost.com "The Living Brand"
Posted by Ken Frost at 11:52