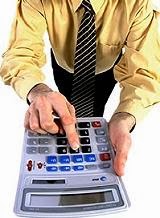 In the run up to Christmas Accounting WEB published this (see below) from a tax professional, who highlighted an issue wrt delaying tactics apparently being used by HMRC wrt refunding overpayments:


"This isn't so much a question as a warning to practitioners and I feel something that warrants national press attention, though I could do with some opinion on what to do next.

We all know about P35 overpayments from 2012/13 and HMRC's new stance on not revealing them on the phone unless you specifically ask about them, or refusing to repay them until you come up with a reason that satisfies them etc, but this one takes the biscuit and in my opinion, may be illegal.

A client overpaid PAYE/NI for 2012/13 because the old accountant advised the wrong amount of PAYE for a couple of months. We wrote back to their standard letter in August and explained this very thing, and confirmed that the figures were correct in all respects.

Because we'd had lord knows how many letters like this from HMRC asking for "reasons" and then prevaricating and delaying such repayments, in that letter we stated that having fully explained ourselves, we would not enter into protracted correspondence such as other cases and told them to reallocate the overpayment against 13/14 and that we had told our client to reduce their next payment accordingly.

We heard nothing further from HMRC (though they say they wrote in September asking for more info but that "we may not have received the letter"). We didn't which is suspicious.

However here's the crux - it turns out HMRC deliberately removed the overpayment from 12/13 by filing a proforma P35 which increased the tax and NI. I believe they didn't issue any notification to that effect.

As a result, my client began to get harassed by Debt Management units who despite us explaining what had happened, actually said to us on the telephone that they would continue chasing our client regardless. This has upset her considerably.

A formal complaint went in and here's the shocker - they've come back to me and I quote directly:
"As a temporary measure to protect the unjustified overpayment from being reallocated...by another HMRC department...we captured a pro-forma P35 on 5th August 2013 whilst issuing final further information letter to you".

At this point I challenge this as I'm, fairly sure that no letter went out, though they themselves said only "a request for further information" went out - not notice of alteration of figures. Either way, we didn't receive it.

They continue:
"Please note there is no statutory authority that permits HMRC to prepare a pro-forma P35, this is our internal procedure to protect the unjustified overpayment and a pro-forma P35 does not permanently remove the overpayment".

Given the P35 went in during April, and they still had removed the overpayment at 16th December when they capitulated and processed my complaint, I would say it was very much permanently removed - especially as they admit that the final information letter says "if you don't respond then we'll leave the payment on the record". I would also say that "there is no statutory authority that permits HMRC to prepare a pro-forma P35" means "we have acted illegally and beyond our powers".

What do people make of this? We're well used to overpayment reticence with HMRC, but I feel this oversteps the mark and I'm not sure what to do next.

Can I file a Money laundering report against HMRC, as I feel this is very much proceeds of crime!

Either way, if HMRC are openly removing overpayments and clients are not receiving letters saying so, this to me implies that HMRC internal procedure is basically covering up and preventing the repayment of taxpayer's money."

Comments and views are, as always, welcome.

HMRC Is Shite (www.hmrcisshite.com), also available via the domain www.hmrconline.com, is brought to you by www.kenfrost.com "The Living Brand"
Posted by Ken Frost at 11:57