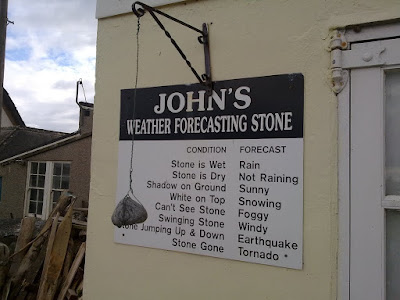 Despite the ongoing chaos in the North of the country caused by storms Desmond, Eva and Frank, HMRC are emulating the response of Sir Philip Dilley (chairman of the Environment Agency) and not giving a damn.


"Stuart Jones of 3CA Accountants in Kendal, Cumbria has borne the brunt of the twin storms’ fury. According to Jones, residents are bracing themselves for further storms. Kendal was completely cut off three days ago as all the roads leading into the town were flooded.

Jones now has the unenviable task of facing self assessment season with a ruined office. “Our downstairs was about a metre deep,” said Jones.

“We’ve had to move upstairs and we’ve lost all our computers and records.” HMRC has set up a flooding tax helpline - but Jones told AccountingWEB he has struggled to get conclusive answers on precisely what allowances will be made for accountants in his position. “When I phoned the helpline, I was told they couldn’t help me with any client who didn’t owe HMRC money.

“They seem to expect me to write in for every individual client to ask for reasonable excuse - I have 80 returns to file,” he said. “And I bet if I did do that, I’d be told to write in - but HMRC’s response turnaround is 12 weeks.”

He continued, “Their main concern seems to be they don’t want to be seen chasing debts from businesses who are literally up to their necks in water. The rest of us just have to hold on,” said Jones."

This sounds par for the course for HMRC. Please feel free to share your HMRC flood stories.

HMRC Is Shite (www.hmrcisshite.com), also available via the domain www.hmrconline.com, is brought to you by www.kenfrost.com "The Living Brand"
Posted by Ken Frost at 15:55