The Secret of HMRC's "Success" Doesn't Stack Up 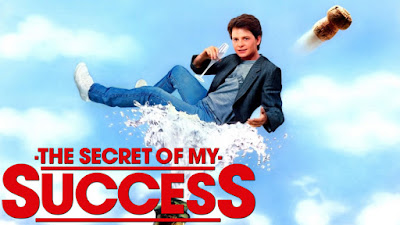 Unsurprisingly HMRC have received another drubbing, this time from PAC.

In a report issued by PAC, PAC chairwoman Meg Hillier said HMRC's claims about its success "just don't stack up".

Well then, finally people other than the readers of this site are waking up to reality!

Of particular concern to PAC is HMRC's "one rule for the rich, another for the poor" approach to tax collection and enforcement.

Amusingly, HMRC claim that the rich get extra scrutiny; as some loyal readers have already pointed out, "extra scrutiny" appears to mean power lunches/dinners with HMRC top brass.

In an "ironic" twist, since HMRC set up a specialist unit dealing with so-called high net worth individuals in 2009, the amount of income tax they paid had fallen by £1bn. This is despite income tax receipts from the public as a whole rising by £23bn over the same period.

Since 2009, each of the estimated 6,500 individuals worth £20m or more has been assigned a "customer relationship manager" by HMRC to administer their tax affairs.

The BBC reports that in the five years to 31 March 2016, HMRC completed just 72 fraud investigations into high net worth individuals, with all but two having been dealt with using its civil powers. Only one case resulted in a successful criminal prosecution.

Of the 850 penalties issued to the very wealthy since 2012, the average charge was £10,500, a figure the MPs said was unlikely to be a deterrent to multi-millionaires.


"If the public are to have faith in the tax system then it must be seen to have fairness at its heart. It also needs to work properly. In our view, HMRC is failing on both counts.

HMRC's claims about the success of its strategy to deal with the very wealthy just don't stack up."


"In fact we give them additional scrutiny, with one-to-one marking by HMRC's specialist tax collectors, to ensure that they pay everything they owe, just like the rest of us do."

"Marking" should not mean power lunches/dinners!

As ever though, low hanging fruit is the easiest to pick. Therefore HMRC will continue to bully SME's and individuals of modest means, and increase the number/frequency of automatic fines for minor cock ups on tax returns.