Tis The Season - An Appeal 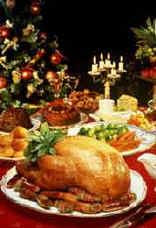 At this time of year, when many are overindulging in the annual Christmas booze/gluttony fest, it is only decent that we spare a thought for people less fortunate than ourselves who cannot partake of such merriment due to their particular circumstances.

In particular I would like to highlight the plight of tax agents at this time of year, who are toiling all hours to make complete their clients' tax returns in time for the tax year end.

I received a missive from one such agent the other day who noted, with a degree of exasperation, that yet again (as per previous years) HMRC have employed a market research company to garner "customers'" views on the performance of HMRC.

Whilst the survey (estimated to take around 15 minutes or so) may well be of benefit to both the "customers" and HMRC itself, the timing of the survey (at the busiest time of the year for tax agents) could not be worse.

This year's appeal is to HMRC, to ask them to reschedule the survey to a time of year when their "customers" have time to go through the survey and submit more considered and useful responses.

Come on HMRC, spare a thought for those who are toiling away trying to meet the year end deadline.