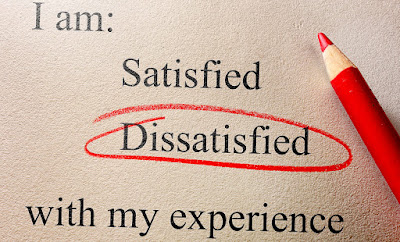 Right then moving on from yesterday's cock up, where I went back in time and published an article from 2003, I am trying to be a little more up to date and write about something happening in 2016!


It seems that complaints to HMRC have almost reached their highest level since 2008/09, according to data obtained by Saffery Champness through a Freedom of Information Act request

This is the closest the figure has gotten to the record high level of 83,917 complaints in 2008/09 during the financial crisis.

James Hender, partner and head of the private wealth group at Saffery Champness, is quoted by economia as saying that HMRC “has bitten off more than it can chew”.


“By cutting back resources and rolling out a complex digital system at the same time, taxpayers and businesses have been left with real concerns and grievances; the numbers speak for themselves.”


Hender said suspicions could be raised that “frontline staff are being dragged away from their day jobs to deal with the ever growing mountain of complaints received”.


“Over three million taxpayers used an online personal tax account this year and, with HMRC aiming to go fully digital by 2020, more and more people are coming into contact with the new digital services and are inevitably coming up against obstacles.”


“As HMRC has sought to get to grips with its new strategy, many taxpayer services have been withdrawn, guidance on key issues such as on non-dom policy has been largely absent and Making Tax Digital itself has already faced significant delays.

Ironically, there is also the possibility that in seeking such large quantities of data, the administrative costs of the rising number of complaints and investigations will cost HMRC more, rather than raising additional revenue more efficiently.”