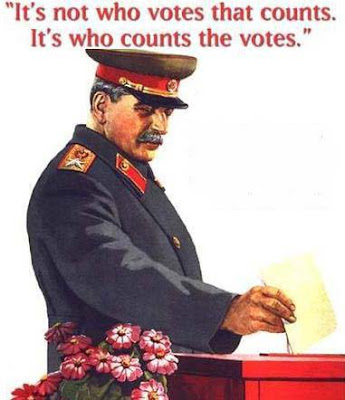 In news that will not surprise any loyal reader of this site, The Sunday Herald reports that HMRC has rigged its staff survey.

HMRC is under fire for putting pressure on employees to score the organisation highly in its internal staff survey.

A manager at HMRC linked good marks to future investment at his office, while the head of the tax avoidance unit urged colleagues against using the survey as a “protest vote”.


Emails obtained by the Sunday Herald reveal managers have been encouraging staff to grade HMRC positively, in contrast to previous surveys.

A senior manager in Dundee emailed his colleagues last month:


“I really need your support to not only encourage colleagues to complete the survey but to also promote the reasons why completion and scoring highly are important.”

He also explicitly linked the results to future resources at the site:


“Senior leaders will use the results to judge how engaged we are and this can play a part when looking at investment in terms of resources and new work – selecting highly-engaged sites for new opportunities would suggest the greatest chance for success.”


“I know it can be tempting to use the Survey as a protest vote. But to be able to respond to your concerns, and ensure that your successes and commitment are recognised, it is most helpful to me in representing Counter-Avoidance if you use the range of scores, without over- or under-egging.

For instance, most people in Counter-Avoidance go the extra mile. But in last year's survey less than 30 per cent of people said that they were inspired to do their best in their job, or were motivated to help achieve the Department's objectives."

In another email, a staff member alleged that team leaders had been told to use chocolates as an inducement when employees filled out the survey.

A spokesperson for HMRC said:


"Workforce planning and our future locations are categorically not determined or even influenced by feedback from our People Survey. We want our staff to be completely open and honest in their responses and anything that suggests otherwise is wrong”.

Given that previous surveys have put HMRC at the bottom of the pile, the fact that they were rigged makes this even more pathetic!

If you are going to rig a vote, at least make sure you come out on top!