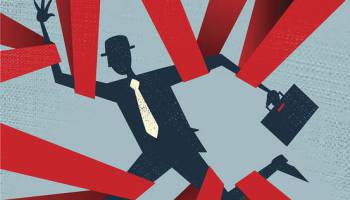 As per the Guardian Patrick Cullinane's life has been ruined by the Inland Revenue. The government department has bankrupted him, kicked him out of his home, and driven him to a mental breakdown. His brothers and sisters have walked away from him and he has been unable to find work.

His crime? You might think he had committed a major white-collar tax fraud or an offshore scam depriving the Revenue of millions. But Mr Cullinane was simply an ordinary working man, earning around £18,000 a year in the 1980s largely as a casual in the film industry.

Mr Cullinane's case is so disturbing that this week Barry Gardiner, the MP for Brent North, says he will be calling for an adjournment debate in the House of Commons questioning the "governance" of the Inland Revenue and its ability to investigate complaints made by taxpayers.

Read the full account of HMRC's dirty tricks via the Guardian link.

HMRC Is Shite (www.hmrcisshite.com), also available via the domain www.hmrconline.com, is brought to you by www.kenfrost.com "The Living Brand"
Posted by Ken Frost at 11:21