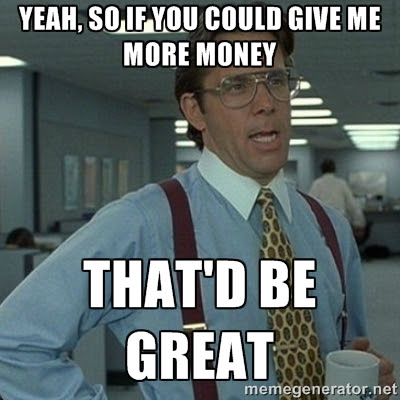 In August I wrote about the departure of Mark Dearnley (HMRC's chief digital and information officer):


"PAC must have had an inkling that he was about to abandon ship, as they asked HMRC at the time if was going to stay. HMRC responded that they were in negotiations with him!"

It seems that the reason he left was because the £185K per annum job in HMRC was not well paid enough.

Speaking at a Commons public accounts committee hearing lest week, Jon Thompson, chief executive of the UK tax body, was asked why Dearnley quit his role. He is quoted by The Register:


"We made Mr Dearnley a very attractive offer, which would have made him one of the highest-paid director generals in the civil service and significantly more than me in my role as chief executive.

But he decided to take another role. The market had spoken."

Asked if Dearnley's departure will have a negative impact, Thompson said it would not. He said HMRC has appointed Mike Potter as acting chief digital and information officer, who worked closely with Dearnley.