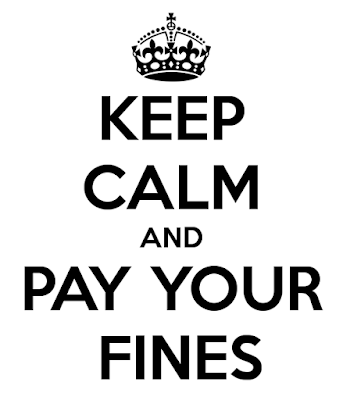 HMRC is being accused by tax professionals of being overzealous in its desire to fine people first, and ask questions later wrt late tax returns.

HMRC published figures, following a freedom of information request from Clifford Chance, that show it cancelled 270,000 late filing penalties in 2016 and 400,000 and 610,000 penalties in 2014 and 2015, respectively (more than a third of the total number of fines issued in both years).

HMRC said that most of these penalties were cancelled after taxpayers provided a “reasonable excuse” for submitting their tax returns late, such as the death of a close relative shortly before the filing deadline, or an unexpected stay in hospital.

Taxpayers with a reasonable excuse for filing late or who have been taken out of [the self-assessment system] do not have to pay penalties. Taxpayers who file on time are not issued with penalties.”

Dan Neidle, a partner at Clifford Chance who submitted the FOI, said he filed a self-assessment tax return on time at the end of December last year.

At the end of January 2018, he received a penalty of £100 from HMRC because his tax return “was not sent in on time”. Mr Neidle appealed the penalty, which was overturned by HMRC at the end of last month.

HMRC said in its letter accepting his appeal that the lawyer should “make sure that you send in your tax returns and pay the tax you owe on time in the future”.


“If you do this, we won’t charge any penalties.”


“The sheer number of penalties HMRC is issuing, presumably on an entirely automated basis, is sobering. The large number subsequently cancelled, and the harsh comments HMRC has received from the judiciary on a number of recent appeals, suggests something is going wrong.

The question is how many people are ending up paying penalties that were unlawfully issued.”

Mitch Young, co-founder of Fusion Consulting, which specialises in tax and IT advice, said a number of his clients had also received late penalty notices “incorrectly, even when they have submitted their self-assessment tax returns well before the deadline”.

The mistake was made either because of a system error with HMRC, or because the tax authority had issued duplicate unique tax reference numbers.

HMRC says it does not keep a record of why penalties are cancelled. In 2017, it stopped recording how many late return penalties were cancelled “due to costs and a lack [of] a business need”, it said in its response to the FOI request.


“If HMRC doesn’t track the number of penalties wrongly issued, how can they learn from their mistakes?”

I can answer that, HMRC has no interest in learning from its "mistakes"!

HMRC Is Shite (www.hmrcisshite.com), also available via the domain www.hmrconline.com, is brought to you by www.kenfrost.com "The Living Brand"
Posted by Ken Frost at 12:04