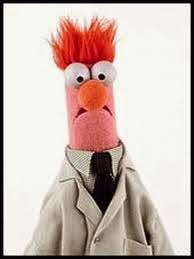 A loyal reader opined the following yesterday, about Beaker:


"wonder if our mate Danny will be caught preaching one thing and doing another like his Two friends today reported to be selling their time!

Hundreds of old has beens, fiddling bastards, and corrupt liars and we're paying their wages..... sorry 'part' of their wages, oh, and only the bit they have to declare.

HMRC Don't ever chase me for my tax, not until you get off your arses, put your own house in order and are seen to be treating everyone consistently and fairly."

Ironically I came across this article in the Telegraph from 2010, which noted:


"Mr Alexander, who was appointed on Saturday after the resignation of fellow Liberal Democrat David Laws, designated the property as his second home for the purpose of claiming parliamentary expenses but described it to HM Revenue and Customs as his main home."

All perfectly legal, as indeed was the fact he took advice from a tax professional to avoid CGT on the sale of the taxpayer funded house at the time.

However, I find it "tedious" that the very same people who use tax professionals to minimise their tax bill, then lecture everyone else about the "morality" of paying their "fair share" of tax (whatever that really means?) and the "immorality" of tax avoidance.